In April 2016, I visited Taryn Simon’s exhibition titled The Stagecraft of Power at Garage, Moscow.  Simon recreated and photographed various flower arrangements displayed at signing agreement meetings between political leaders and the International Monetary Fund and the World Bank, creating her own version of Dutch 17th century flower paintings of so-called “impossible bouquets”.

Garage Museum made available sets of black and white printouts of these photographs with explanatory texts about each flower arrangements during the exhibition.

These printouts became backgrounds for watercolour paintings of various natural findings in and around DalgArt, the occasional residency in Romania. The findings are tokens of visits during various seasons, whenever I resided and worked there. 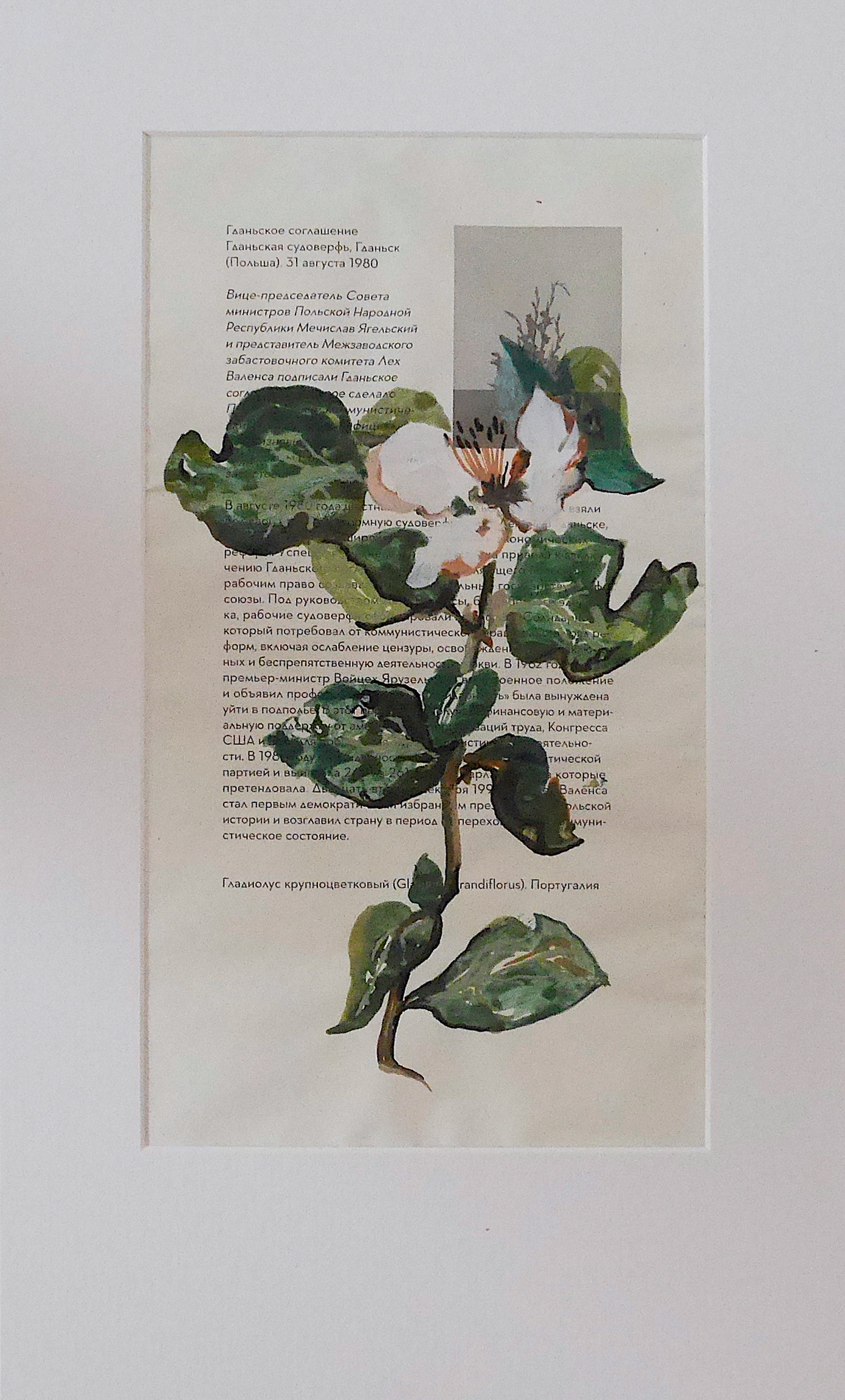 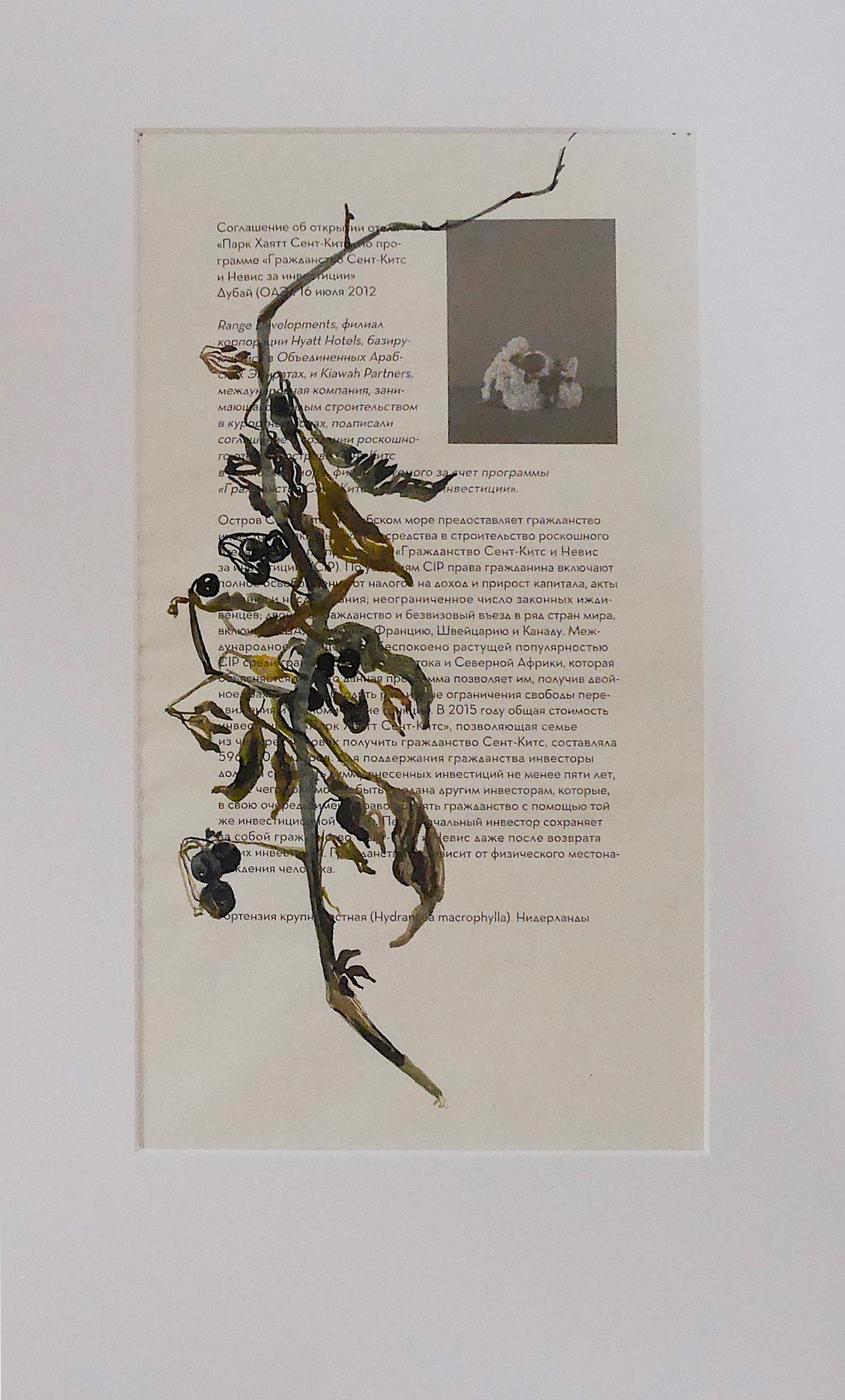 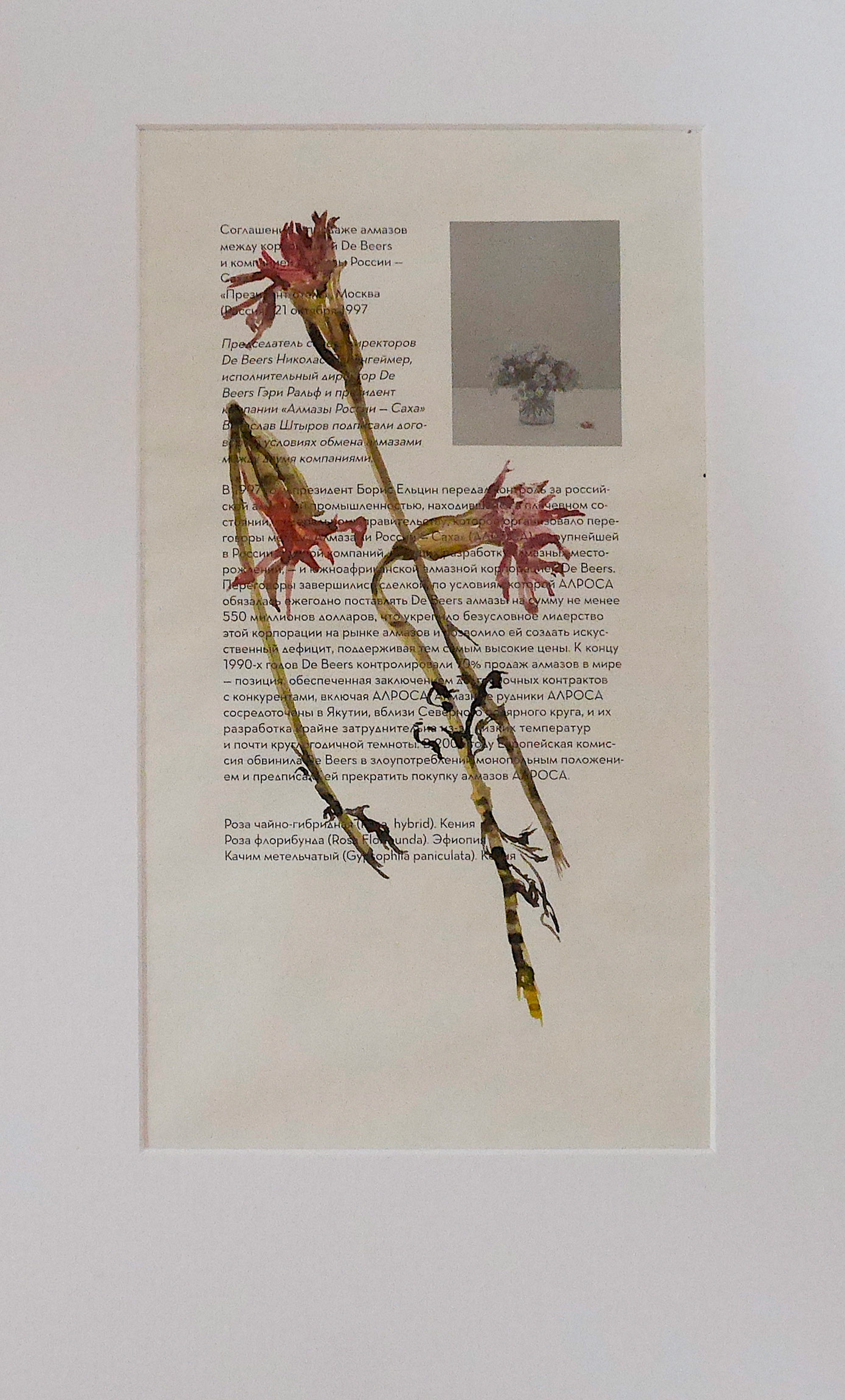 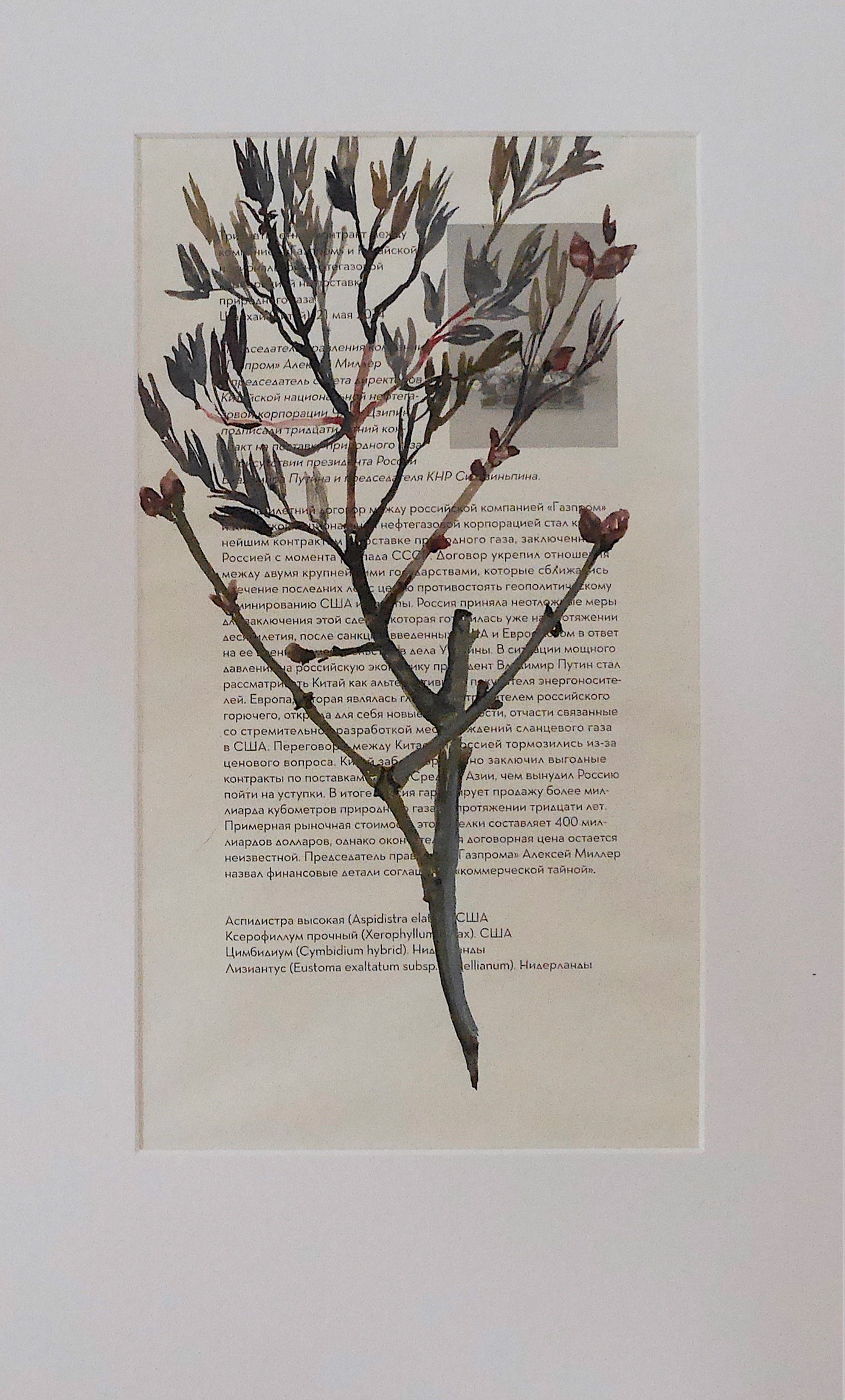 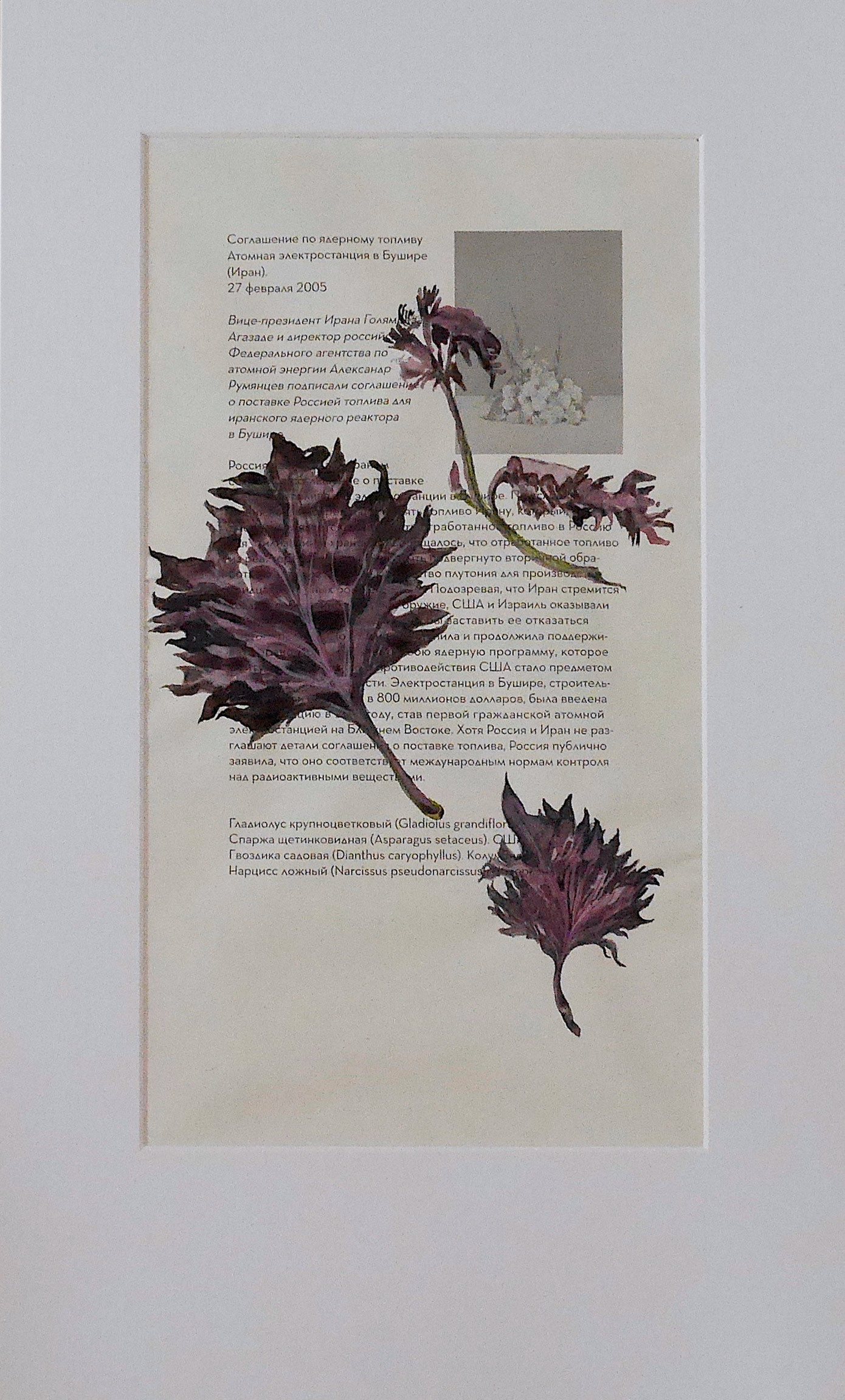 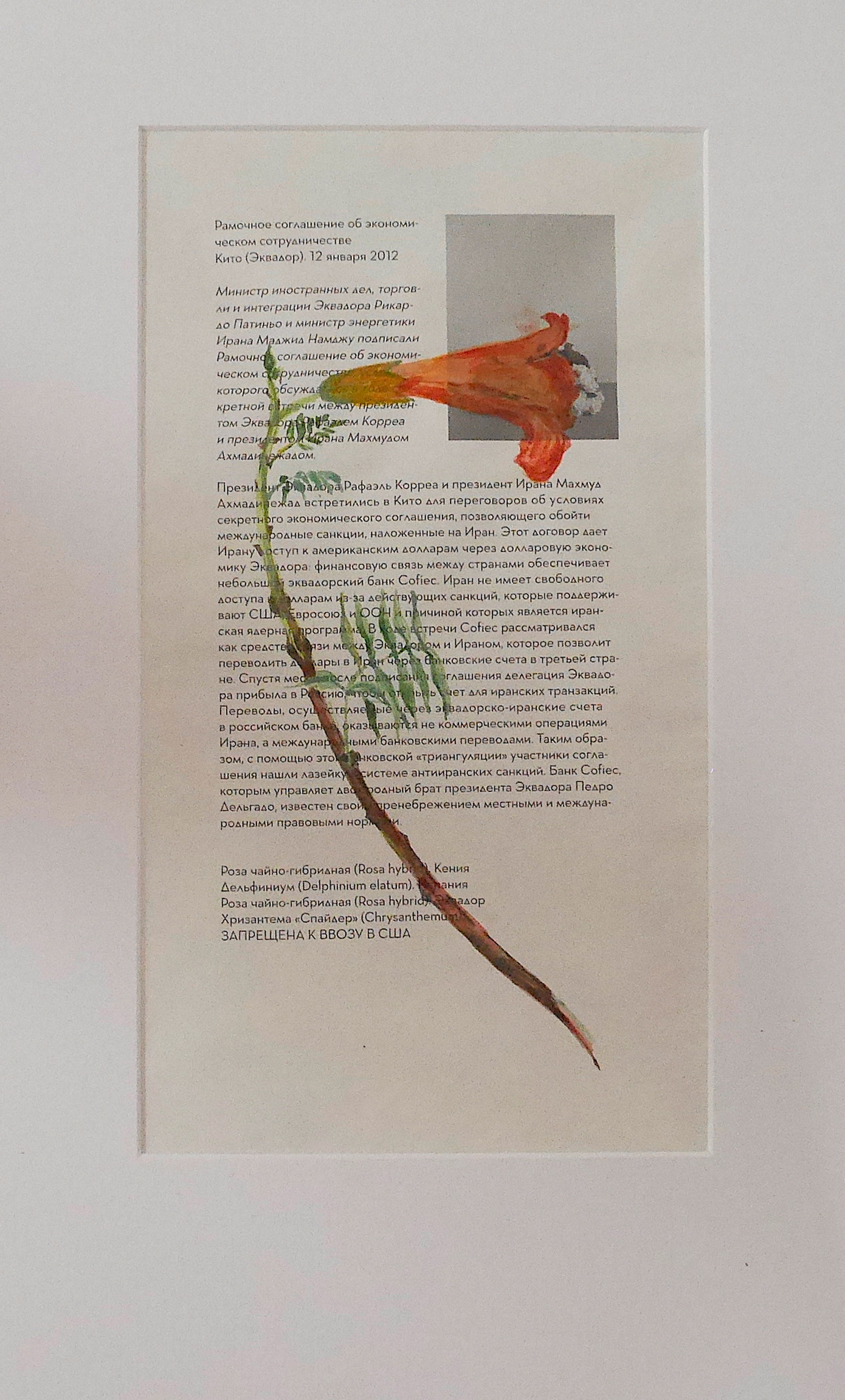 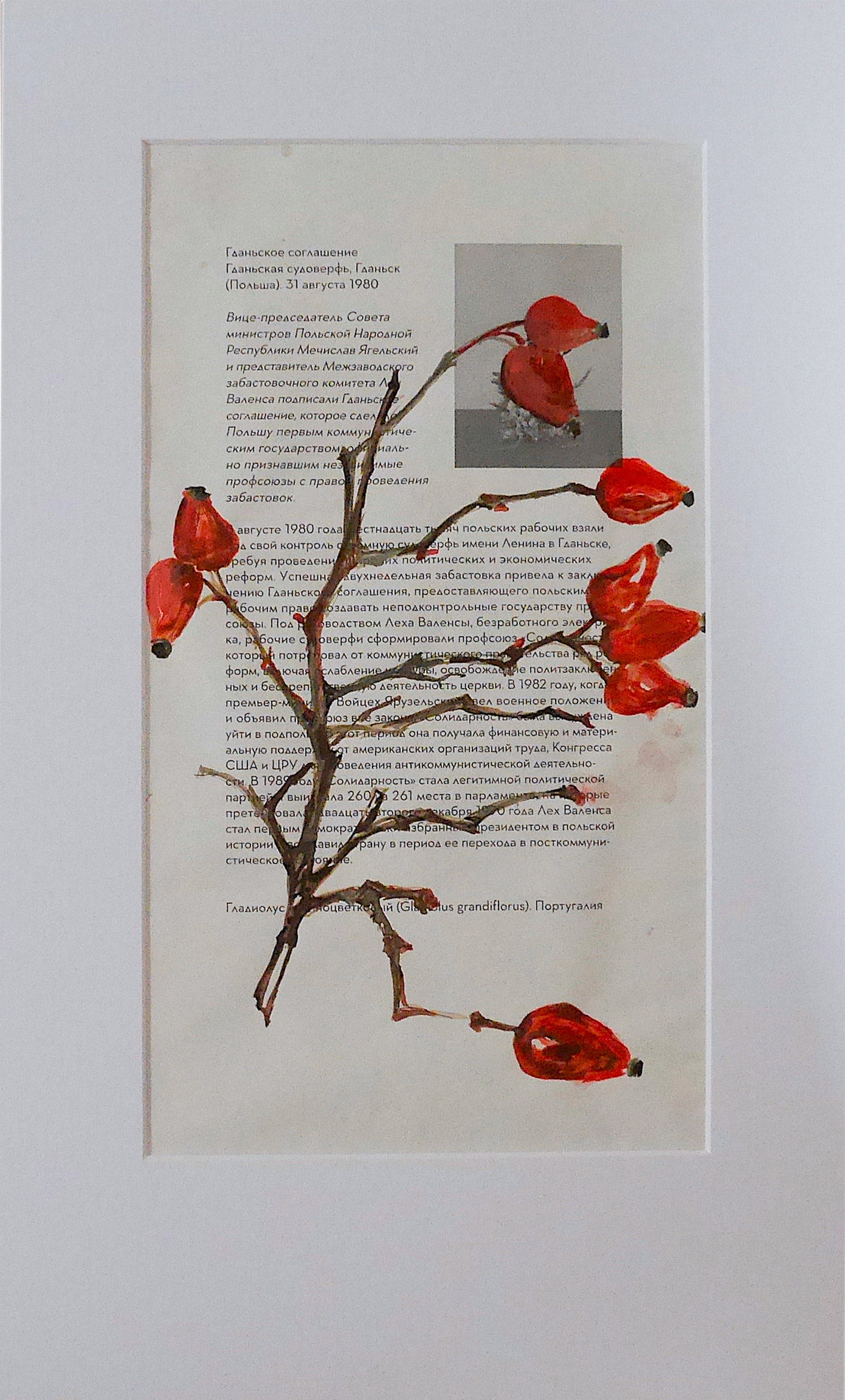 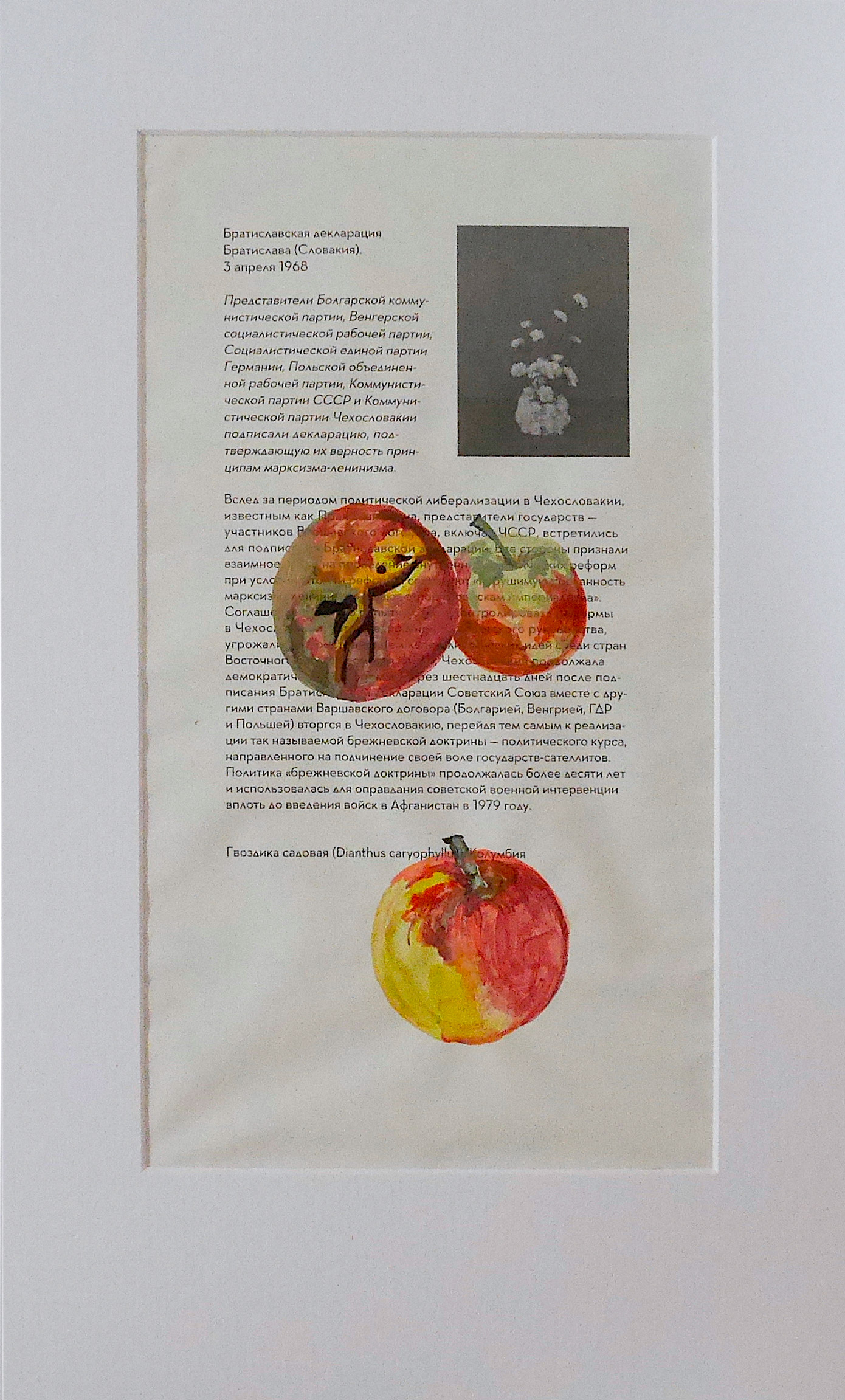 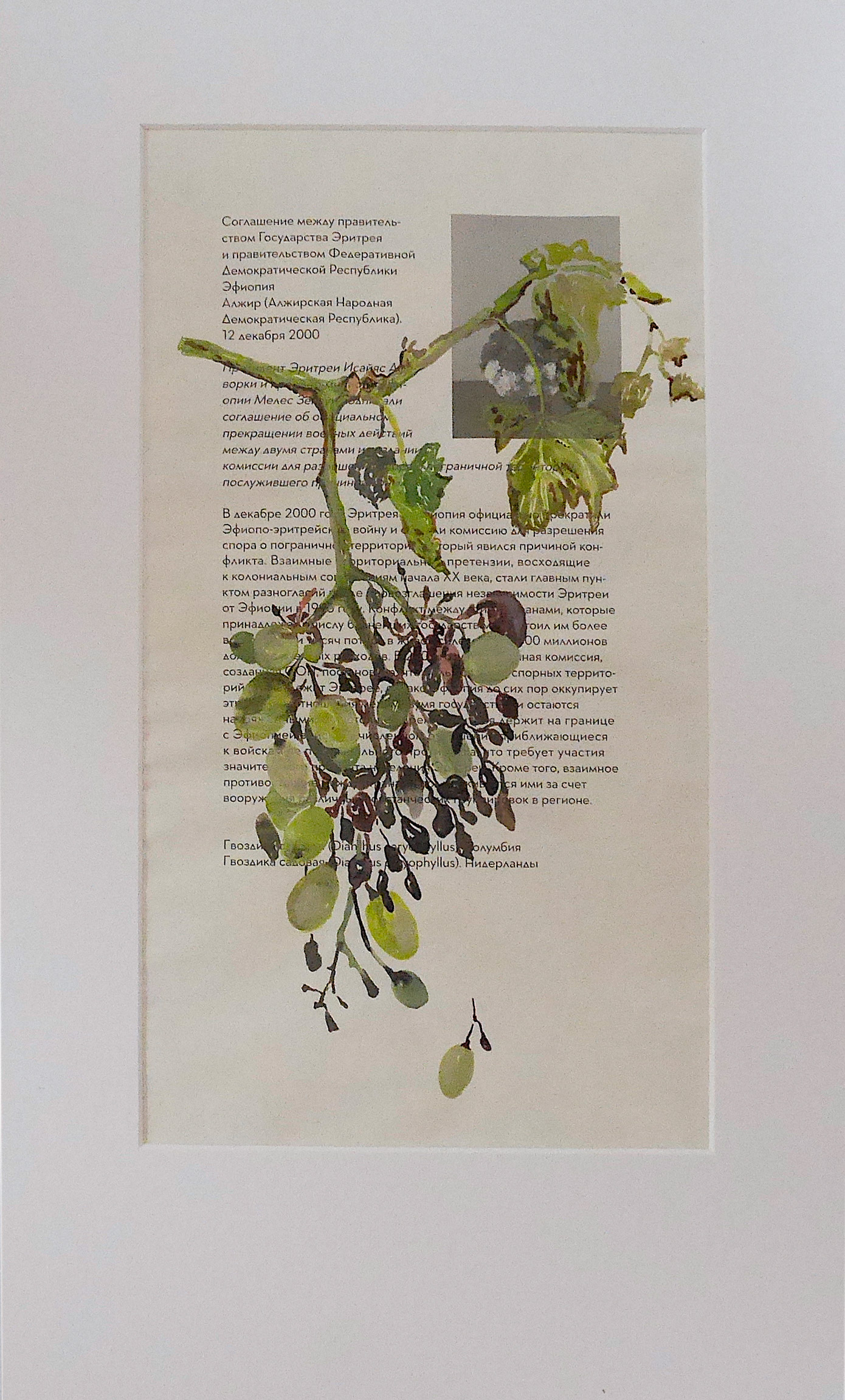 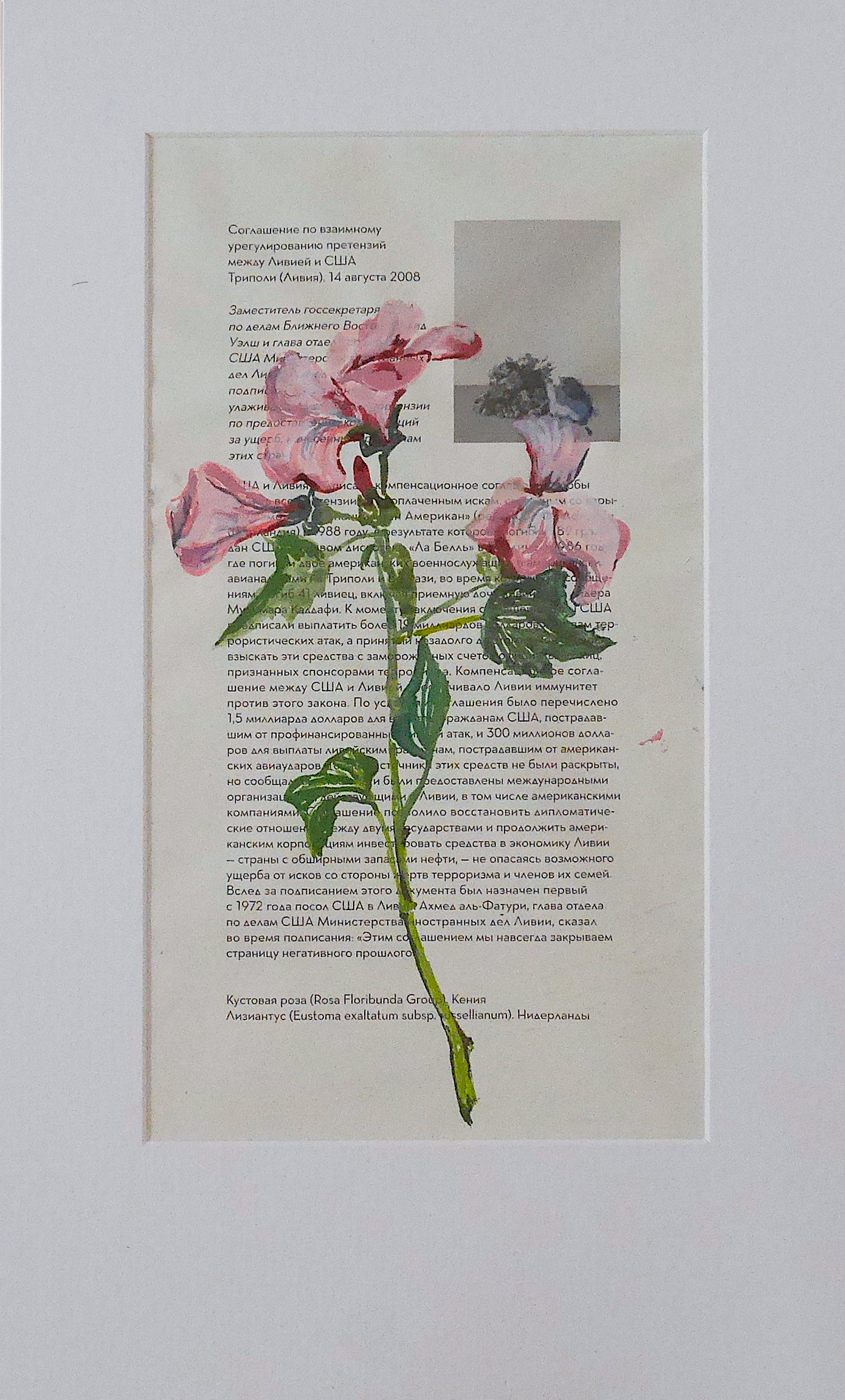 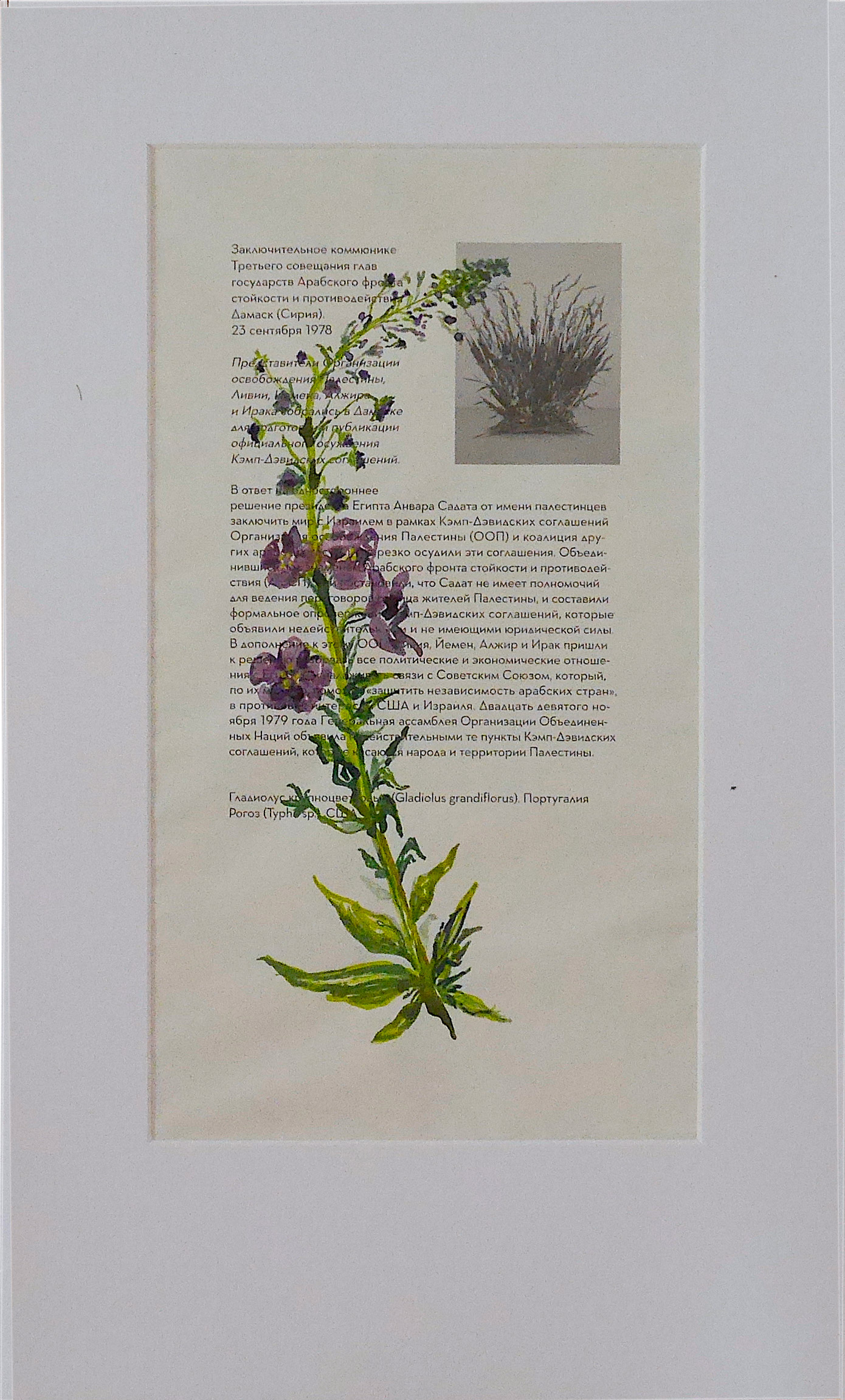 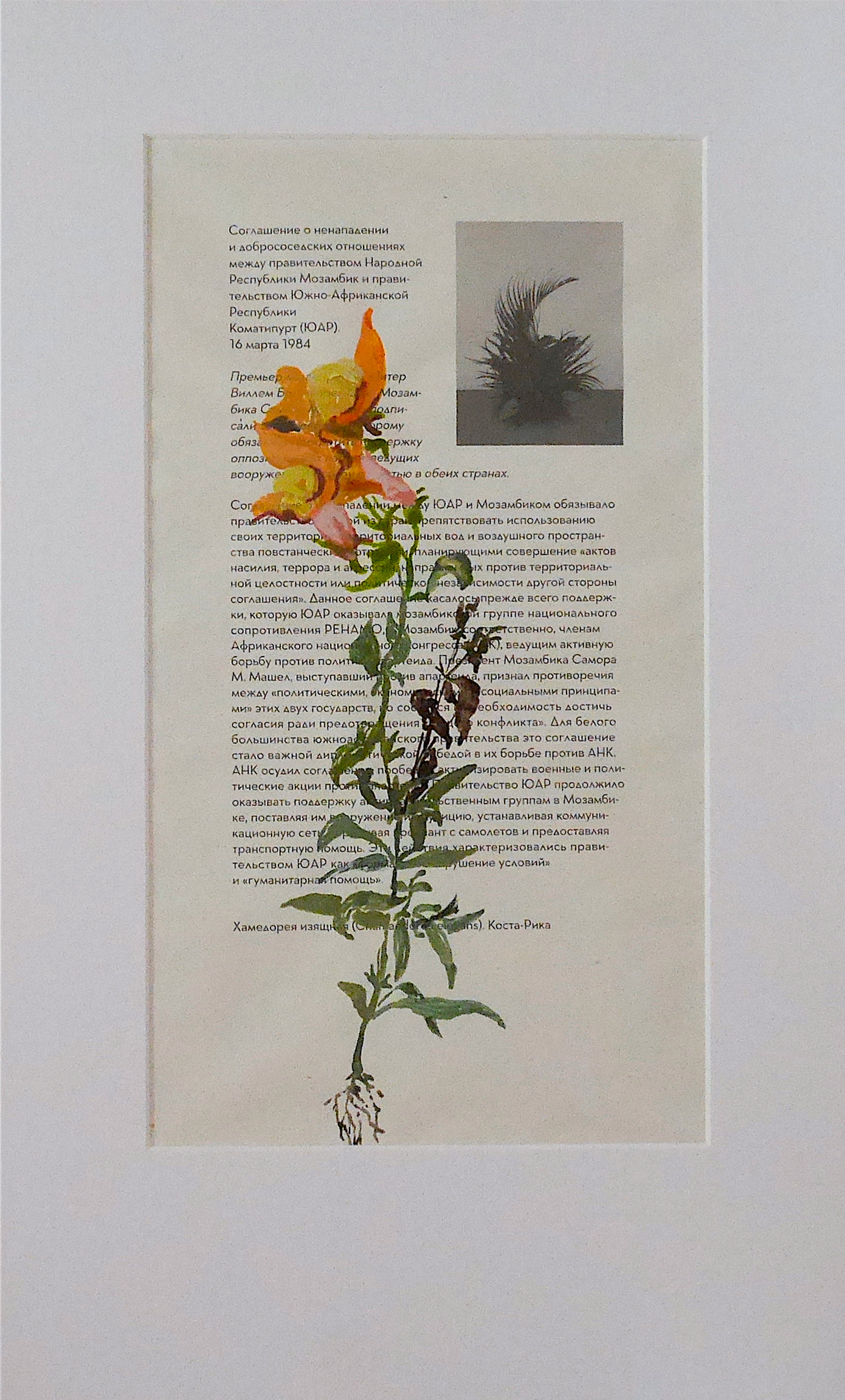 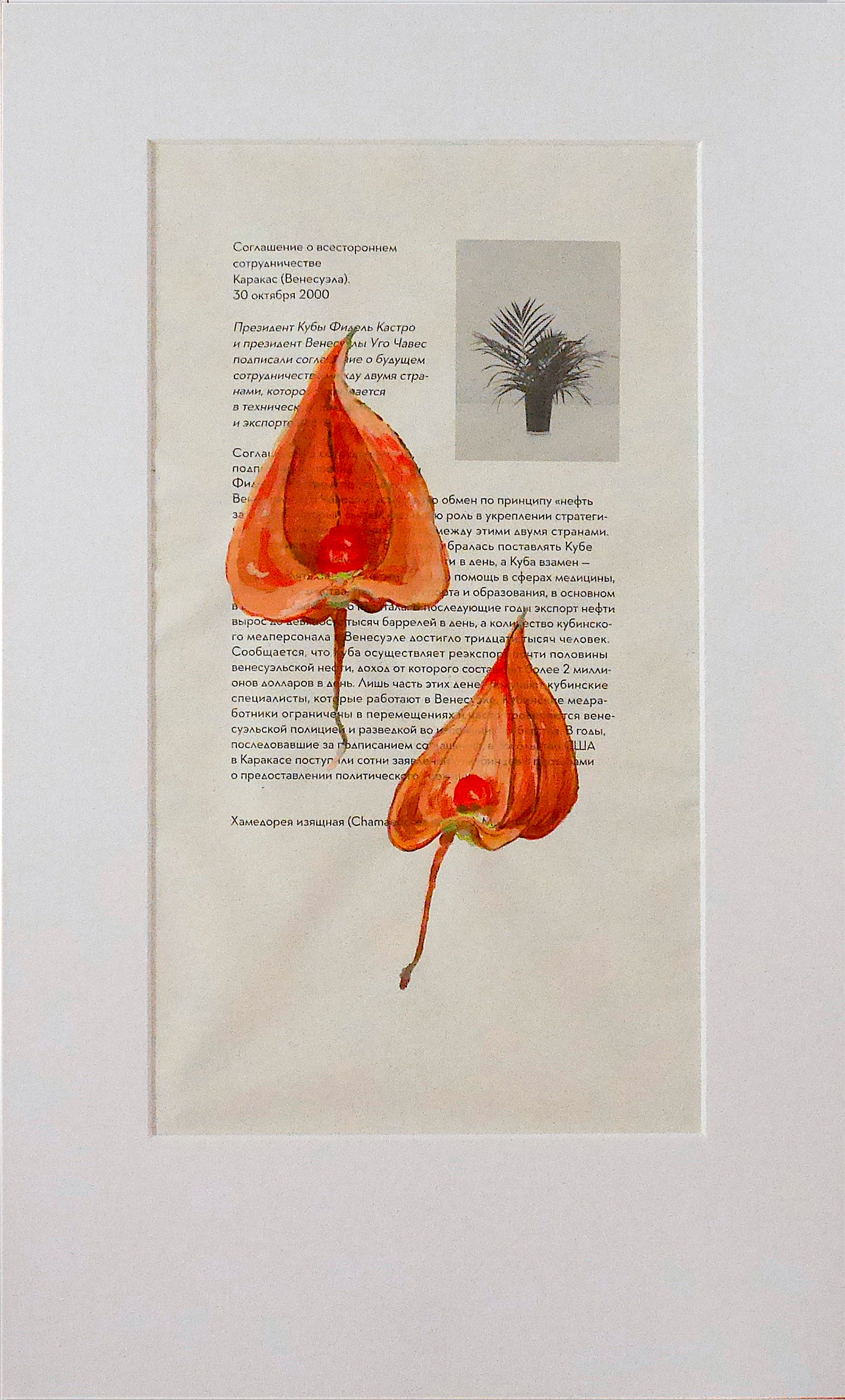 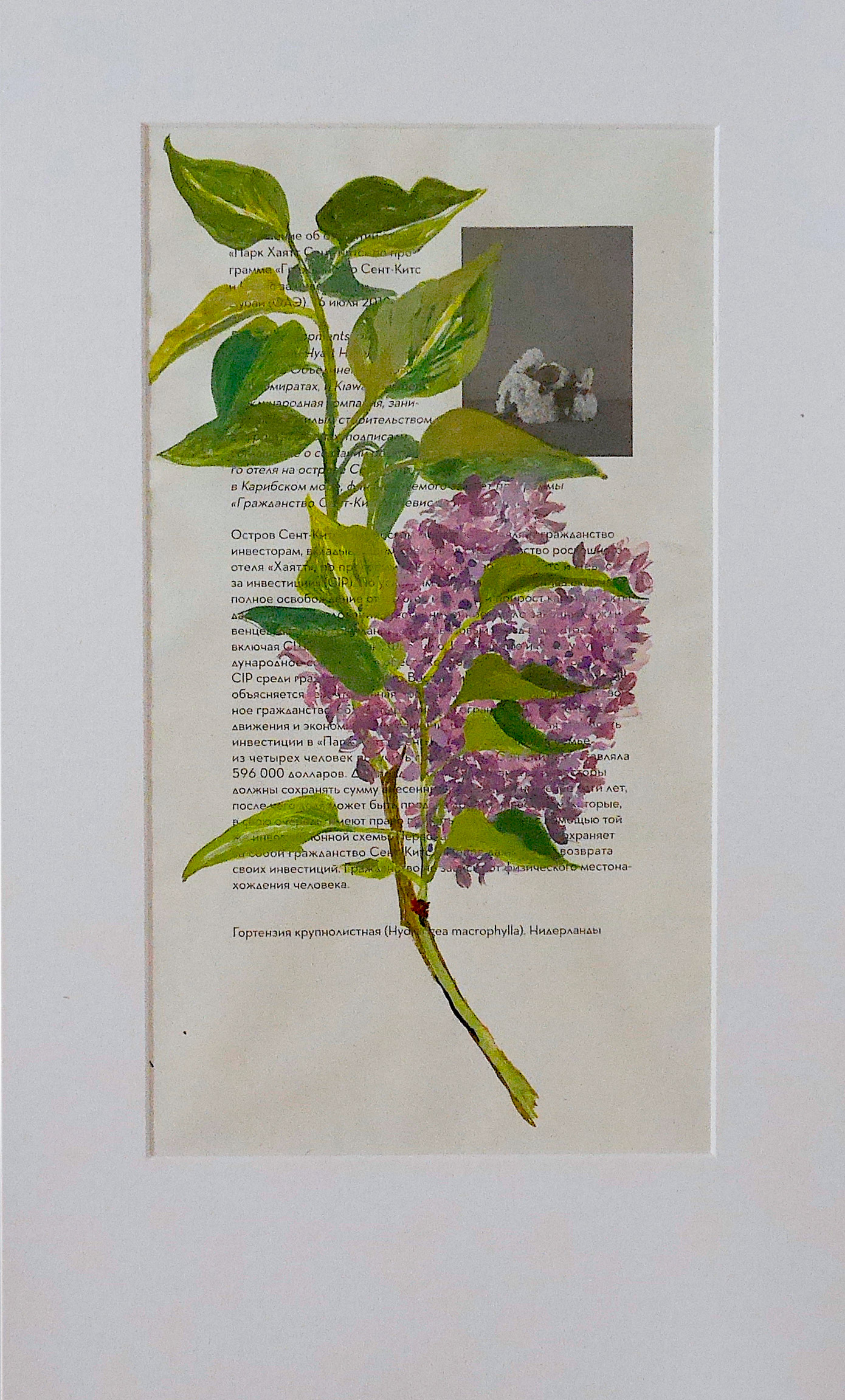 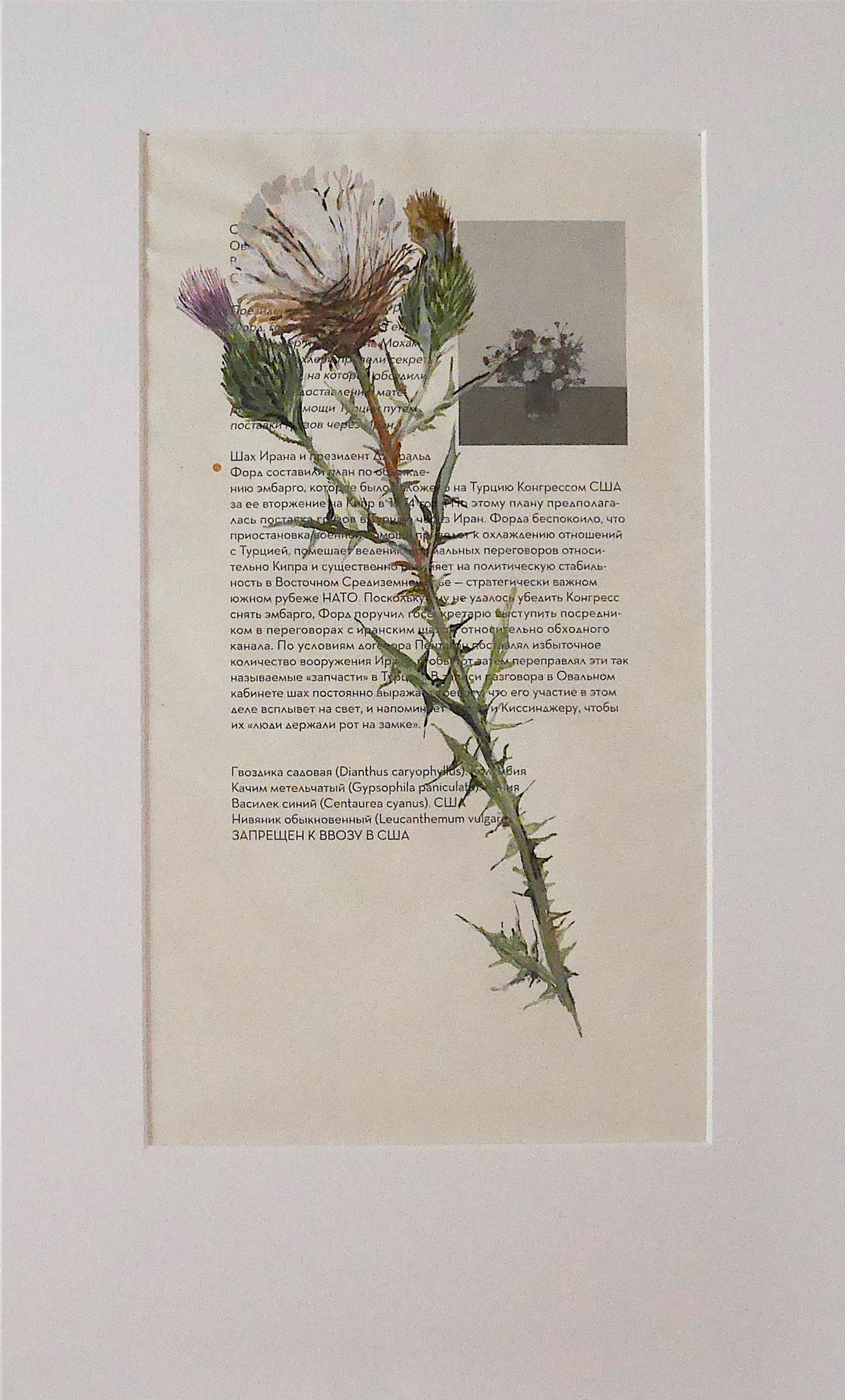 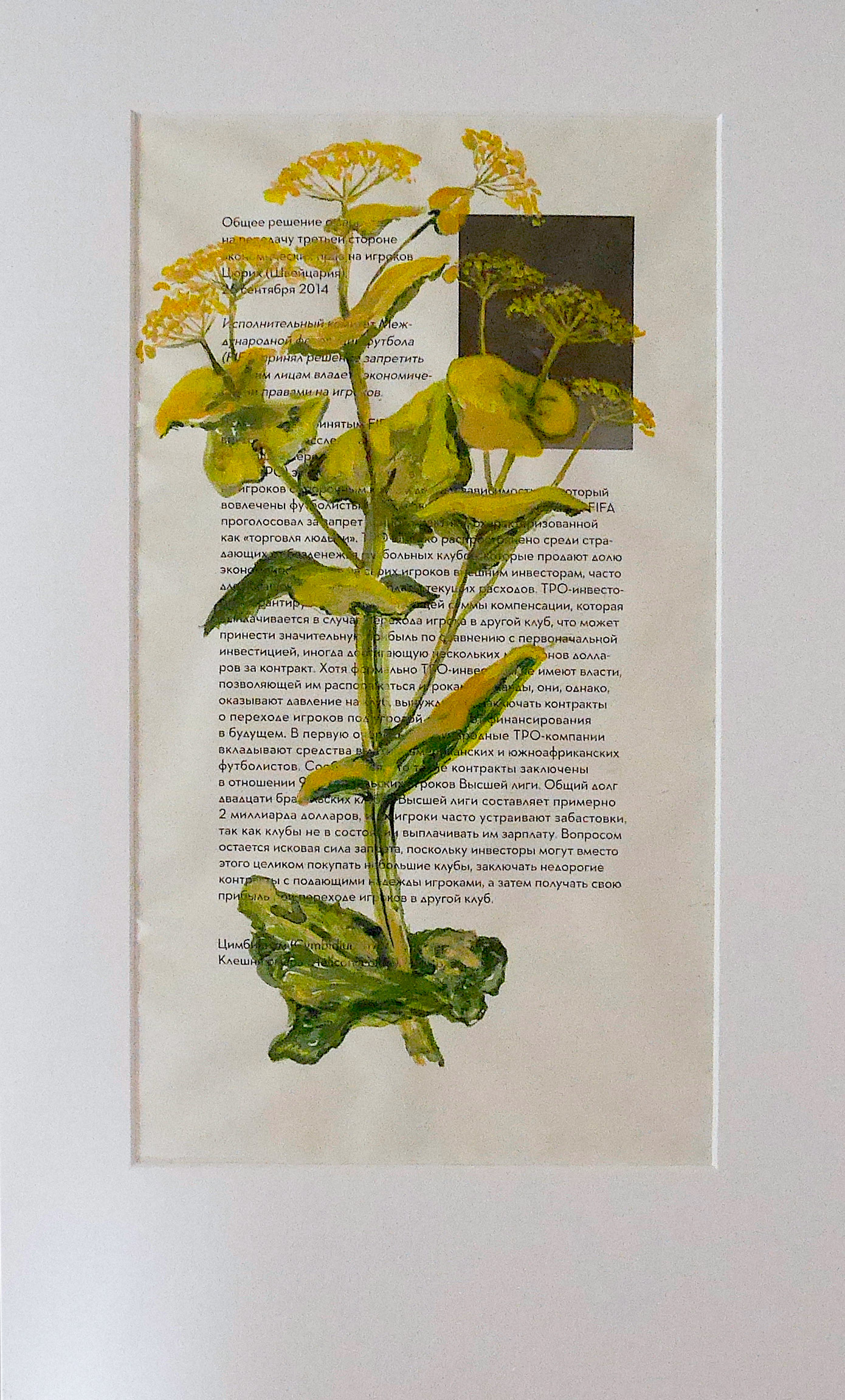 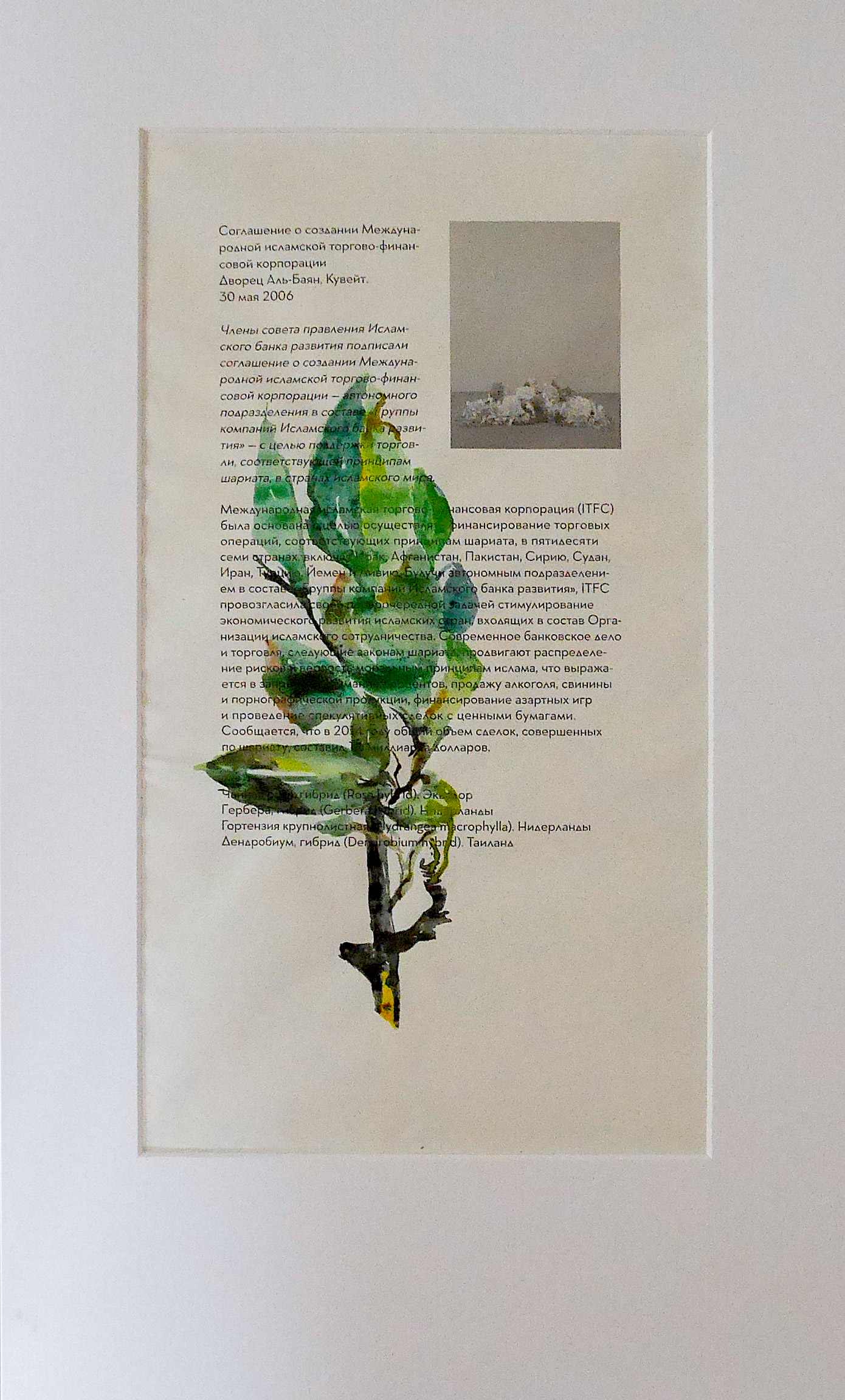 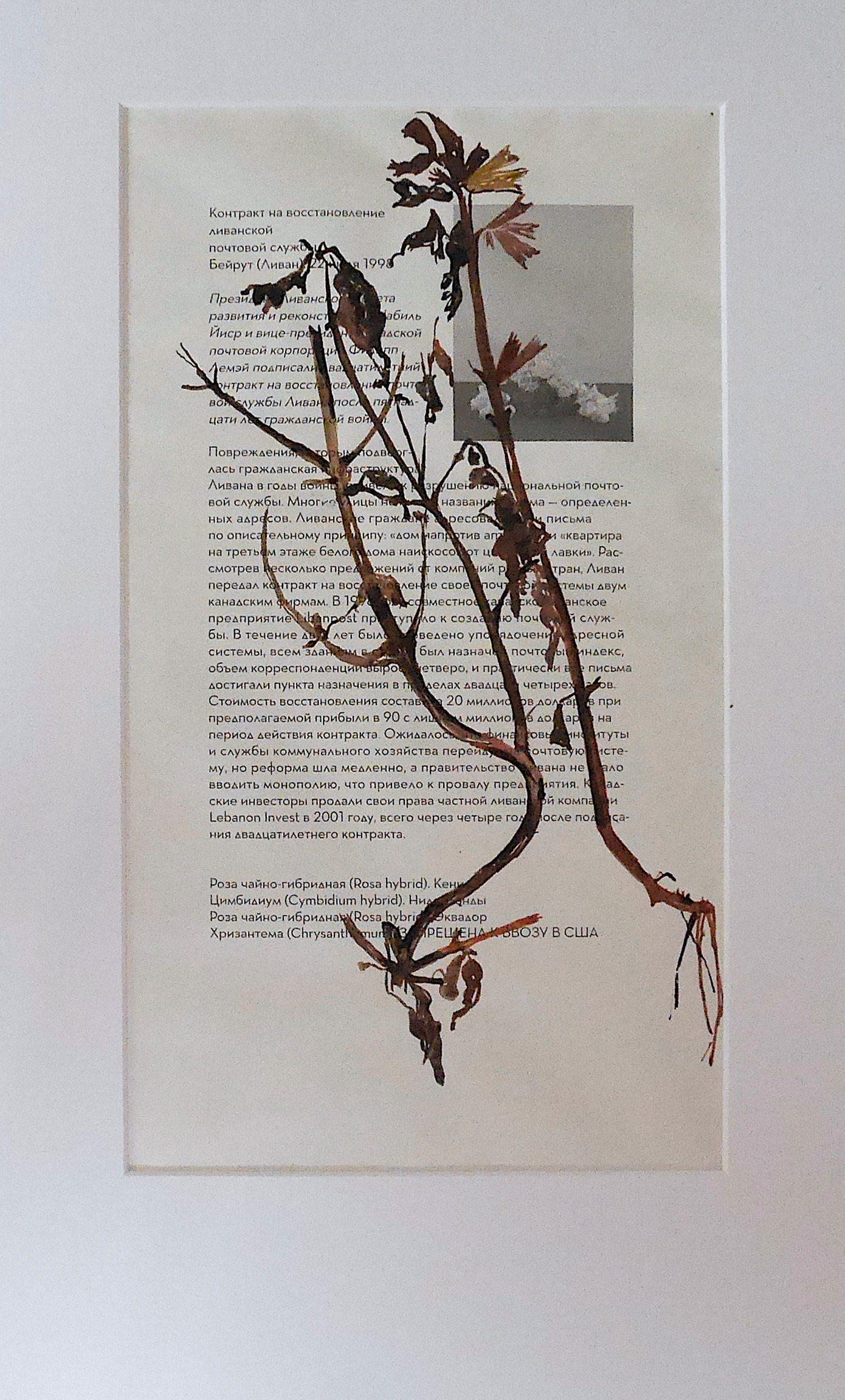 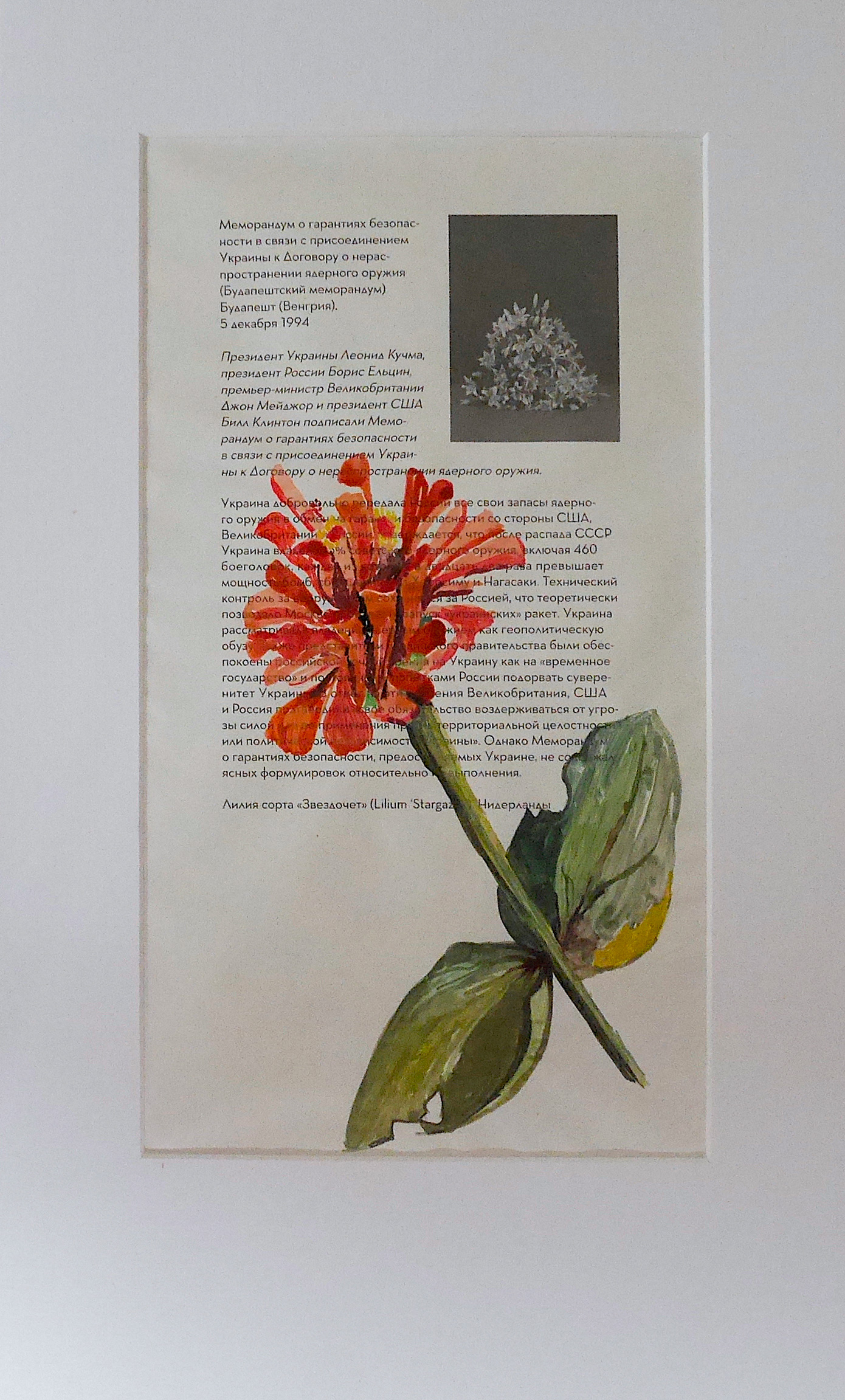 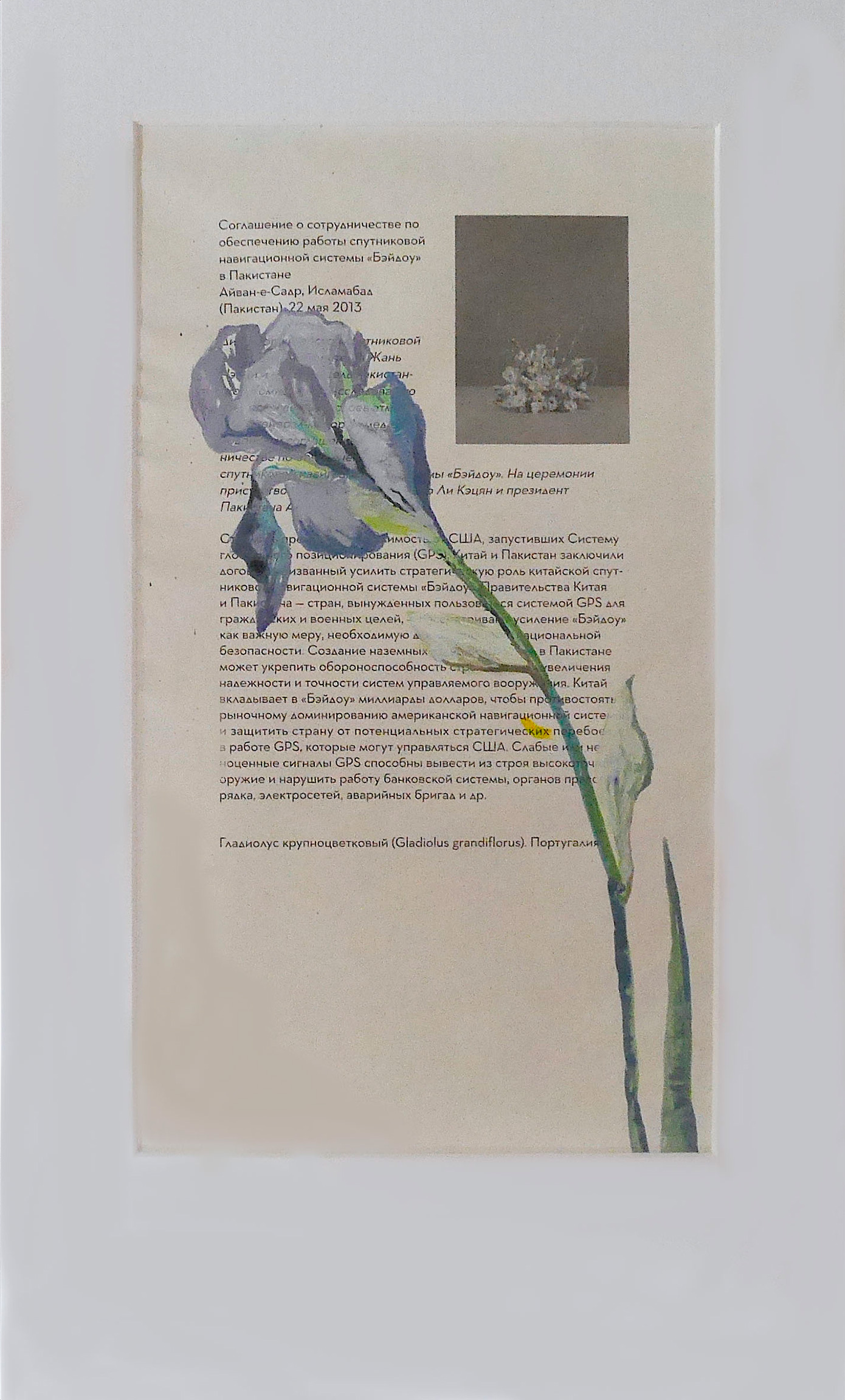 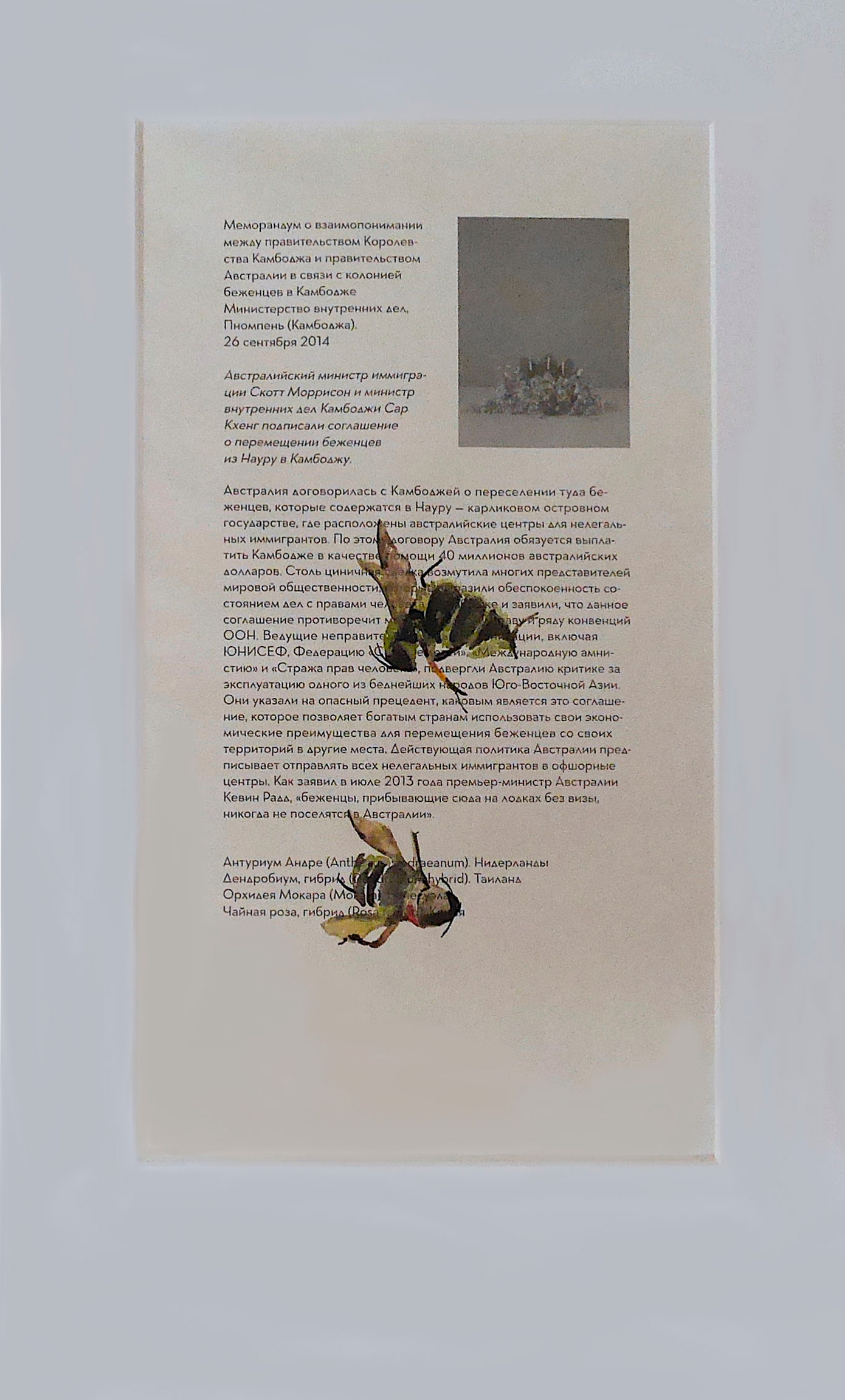 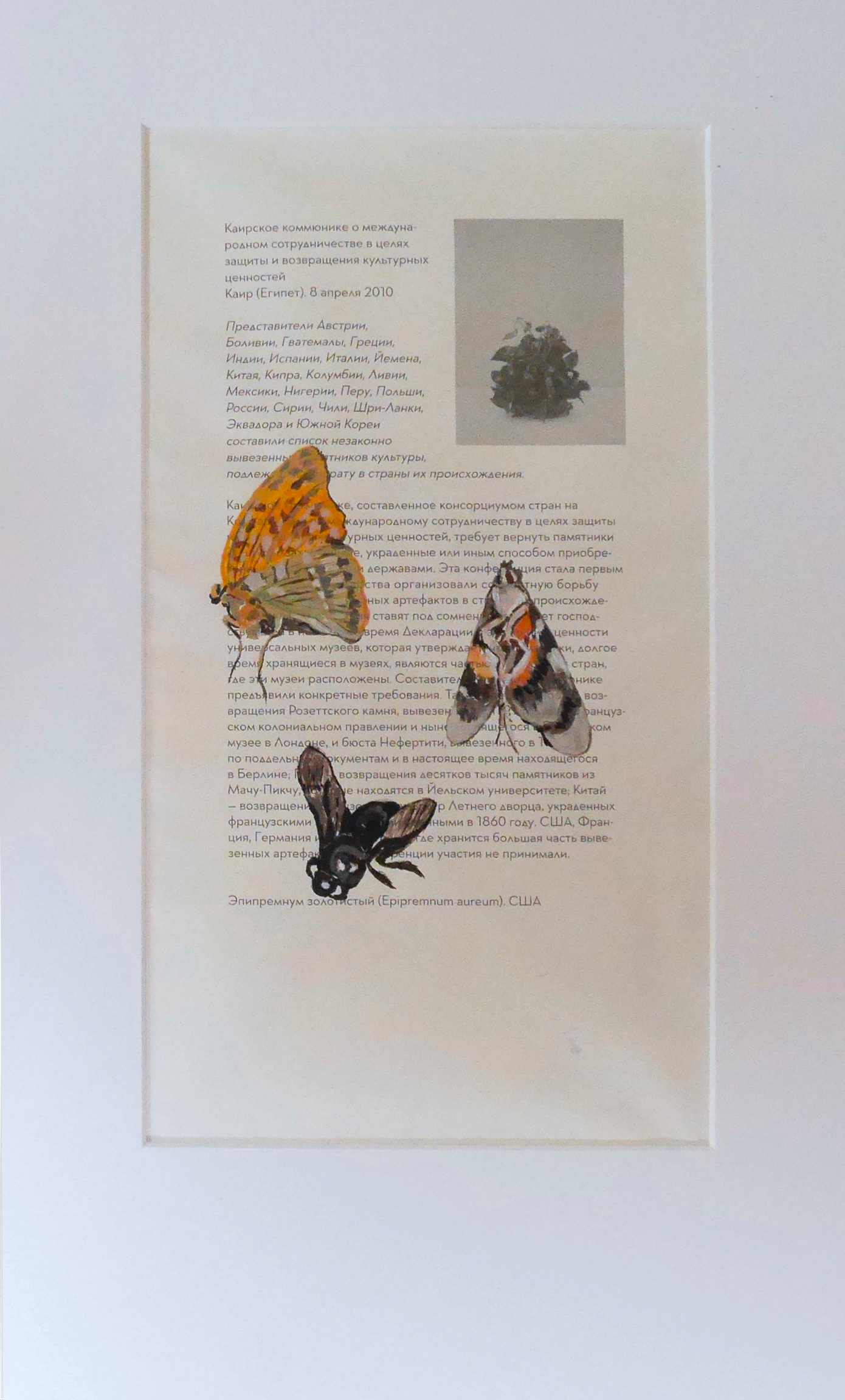